Out 4th May via Merge Records 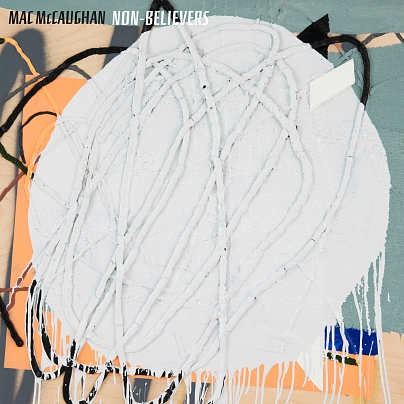 On May 5, Superchunk frontman Mac McCaughan will release Non-Believers, his first solo record under his own name on Merge Records.

McCaughan wanted to use the album to explore his attraction to that early-’80s era of music when punk evolved into something more introspective, focusing on themes of isolation and eventually turning into post-punk and new wave.  The record is about a fascination with art that could only be made by someone far from where you are, but who maybe shares the frustrations and awkwardness of youth.   It’s about “the irony that comes with being 16 and having a car but not knowing where to go in it, or having a keyboard or a guitar and not knowing how to play it.”

McCaughan’s songs aren’t about sheer nostalgia; they are also about point when people who grow up feeling isolated have to choose if and when they are going to join the mainstream, and about the emotional journey tied to weighing those options. “What appeals to me is songs that deal with the messiness and ambiguity that come with any transitional period,” says McCaughan.

Given that McCaughan comes from the indie and punk rock worlds, he’s always shied away from the perceived hubris of putting out a record under his own name. “There’s something about it that’s way too ‘look at me,’” the singer and songwriter admits.

However, given the fact that Non-Believers explores a very personal set of influences, putting out an album as simply Mac McCaughan for the first time just makes sense.